Highgate was engaged in early 2010 to manage the planning and delivery of the projects in the University of Technology, Sydney’s $1 billion City Campus Master Plan. Highgate’s engagement was completed in early 2015. 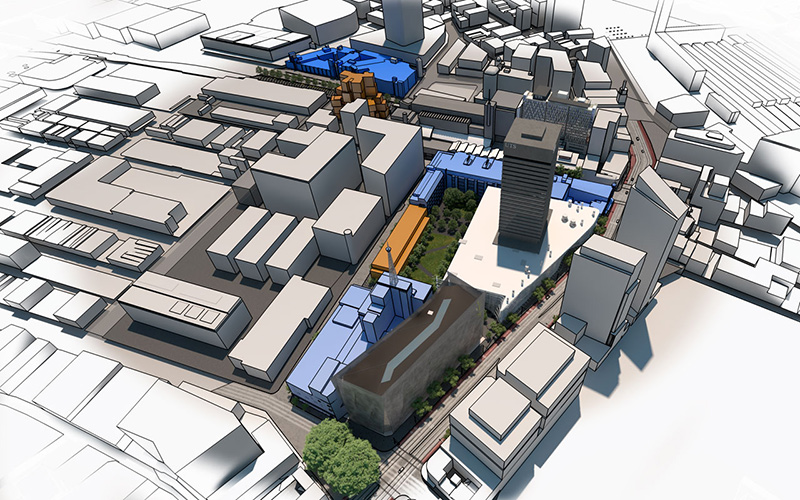 The Master Plan was prepared in 2009 to deliver a connected and vibrant city campus for the University. Once complete, it will deliver UTS one of the most cutting-edge campuses in Australia.

Key projects under the Master Plan include the UTS Business School, designed by one of the world’s most acclaimed architects, Frank Gehry; the iconic new Broadway Building, and the new Thomas Street Building. 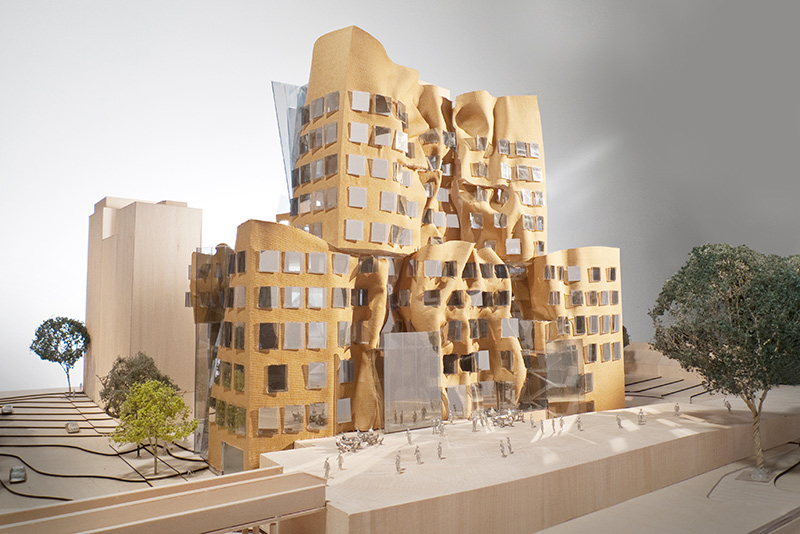 Australia’s first building designed by world-acclaimed architect, Frank Gehry.
One of the key projects under the Master Plan, completed in October 2014, for theUTS Business School. Lend Lease were the appointed builder. Such a high profile project brings many challenges, including working with teams basedin Australia and USA.

One of the largest projects under the Master Plan, an iconic new building, designed by Denton Corker Marshall for the Faculty of Engineering & IT for 2014. The building creates an impressive new southern gateway to Sydney and the UTS city campus. Construction commenced in February 2012 on the building achieving a 5 star green star rating, completed at the end of May 2014. Pedestrian bridges provide links to the adjacent building. 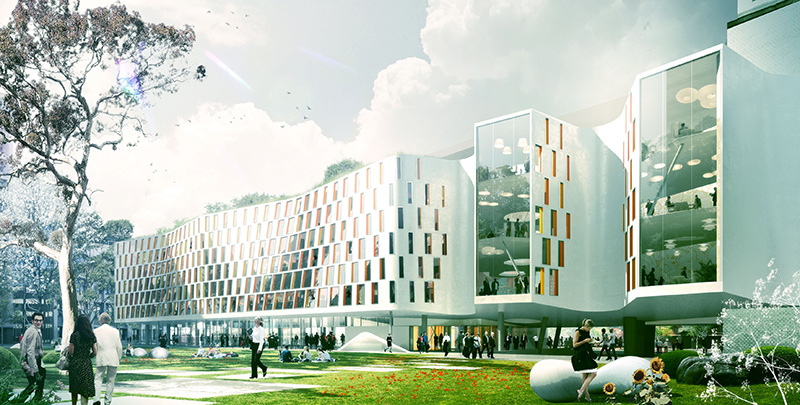 Another key project under the Master Plan for the Faculty of Science, completed inOctober 2014, designed by Durbach Block Jaggers and BVN Architecture. Bulk excavation finished in December was challenging due to the close proximity of surrounding campus buildings which must remain in use throughout construction. A Library Retrieval System, an underground storage facility for the UTS library collection is also being constructed with this project.

The first new facility under the Master Plan opened in 2010 – an underground sports hub with indoor court, dance studios, change rooms and meeting rooms. Many challenges were faced by the project team due to the tight footprint of the site itself plus adjacent campus buildings in use throughout excavation and construction and the need to have an Alumni Green available immediately after completion, above the sports hall.

The need to upgrade of an out of date ceremonial space saw the creation of the new Great Hall and Balcony Room – a complete reinvention of the University’s most important ceremonial venue opened in December 2011. Sydney architects DRAW added the Balcony Room to utilise an existing outdoor terrace and the result gives UTS a drawcard for functions and events offering multiple set ups and functionality.

One of the biggest challenges in this project was the inclusion of an upgrade to the main Tower building car park ramp. This upgrade was necessary to widen the ramp before excavation began on the Thomas Street Building, when the second car park ramp would be taken out permanently. A tower crane was installed on site in order to work on the Great Hall during the ramp upgrade works.

As part of the relocations and refurbishments in Building 10, a new short courses facility was created from a former clinical teaching and learning space in 2012, designed by Burtenshaw Scoufis. UTS now offers an extensive program for use by both UTS and external providers. The University’s first ‘green wall’ was added as a sustainability feature and to improve indoor air quality.

The refurbishment and upgrade of the top level of Building 10 had to be completed retaining the many heritage features from the building’s former occupiers, Fairfax executives. The art deco architecture and original wood panelling was used as a design feature and the finished refit is a perfect example of an upgrade that utilises the space more effectively for its use within UTS while remaining sympathetic to its heritage.

As part of the many refurbisments and upgrades to Building 10, the clinical health labs were moved from one floor to another, creating a state-of-the-art clinical facility for the Nursing, Midwifery & Health Faculty. Staff and students now have teaching, learning and social spaces that can operate as anything from classrooms, to simulating an emergency room or maternity unit in a hospital.

New, affordable, on-campus student accommodation was needed by UTS but with little available space. The result was a residential tower of 21 levels, providing 720 beds,
constructed on top of an existing campus building, occupied throughout the entire construction phase. The new building, designed by Nettleton Tribe, was delivered 6 months ahead of schedule in July 2011, with significant savings for the University.

Over 5,000sq m additional teaching and learning space was completed in March 2012 as an extension to an existing campus building. Challenges were faced in the form of carrying out works alongside a working Faculty, and completing a full BCA upgrade of the entire existing building while construction work was underway, shutting down the core of the building during the upgrade. Designed by Gardner Wetherill & Associates, the new space includes new lecture theaters, staff offices, design studios and exhibition areas and has been hailed as the future of teaching and learning at UTS.

A number of refurbishments, relocations and upgrades were necessary in Building 10 to accommodate the overall Master Plan program. The Faculty of Arts & Social Sciences received new offices, breakout areas and research facilities.

What’s next for the UTS City Campus Master Plan? 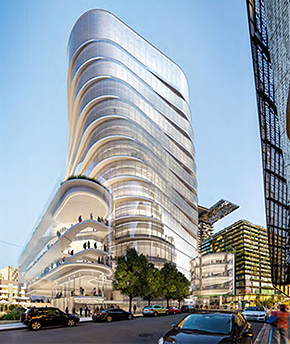 FJMT were then appointed to design the new Building 2 tower which adds significant research space to UTS. Building 2 targeted to completed mid 2019.